Soon, here in America, we will head to the “polls” to cast our vote for what could arguably be the most critical election in our life time.  As Catholics, and citizens of this great country,  we have a duty to participate, to have our vote counted and not sit idly by,  expecting that others will speak on our behalf.  In the past couple of years we have experienced increased hostility and adversity to some of the core tenants of our faith (the attack on our religious freedom under the affordable healthcare act to name just one example).   It has become vital for all American Catholics, let alone Catholics throughout the world, to properly form their conscience and then exercise their patriotic duty by voting their conscience.  We must always seek Truth over popularity, as we, the Catholic Church, are the witness’ of Truth to the whole world.  Truth is a person, Jesus Christ, not some abstract concept that changes with the times, rather, Truth is timeless and will always stand in contrast to the whims of a fallen human nature.

2 Do not be conformed to this world but be transformed by the renewal of your mind, that you may prove what is the will of God, what is good and acceptable and perfect.

Forming Your Conscience & Applying it from the Catechism of the Catholic Church:

1783 Conscience must be informed and moral judgment enlightened. A well-formed conscience is upright and truthful. It formulates its judgments according to reason, in conformity with the true good willed by the wisdom of the Creator. The education of conscience is indispensable for human beings who are subjected to negative influences and tempted by sin to prefer their own judgment and to reject authoritative teachings. (2039)

— One may never do evil so that good may result from it;

— the Golden Rule: “Whatever you wish that men would do to you, do so to them.”

— charity always proceeds by way of respect for one’s neighbor and his conscience: “Thus sinning against your brethren and wounding their conscience … you sin against Christ.” Therefore “it is right not to … do anything that makes your brother stumble.”58

With so many tough, and critical issues facing us today its important for us to remind ourselves of the five non-negotiable issues which must take precedent when deciding who to cast your vote for.   Keep in mind, its not as though we are saying other issues, such as the economy, the war(s), immigration, etc., are not important, but, rather, that these non-negotiable issues are such because they are  issues which are intrinsically evil.  “Intrinsically evil actions are those that fundamentally conflict with the moral law and can never be performed under any circumstances. It is a serious sin to deliberately endorse or promote any of these actions, and no candidate who really wants to advance the common good will support any action contrary to the non-negotiable principles involved in these issues.” (Voters Guide For Serious Catholics, page 4, Catholic Answers, 2012)

Want to know where the Presidential candidates stand on at least some of the 5 non-negotiables?

We must never endorse a candidate who supports these intrinsically evil actions… even if they may have a great plan for the economy, or immigration, or fighting wars, etc. For instance, the ecomoney is the most important issue of the day, at least in the hearts and minds of the majority of Americans, however, what would be the point in having a booming economy, or a balanced budget, IF our society continued to practice these evil actions?  Rather, we must form our conscience according to TRUTH, which is Jesus Christ and His Church, and use our formed consciences’ to rid our society of such evils as a mater of first priority.  Conversely, we must not surrender the role of the faithful to care for the poor and the most needy, as it has been our area of expertise for centuries and melina. It was the Catholic Church who brought to the world hospitals, schools, university, soup kitchens, etc.  To hand this role over to an ever increasing secular government is a mistake. A moral, upright society, with a strong economy is a powerful combination for good in the world… a world in desperate need of good leadership.

Here are some good resources to help you prepare for your civic duty this November:

Much like a combat medic would treat a wounded soldier on the battle field, addressing the most life threatening issues first, then the non-lethal issues once the soldiers’ life has been perserved, we too must approach the issues of our day with the same mindset. First, we rid ourselves of the issues that threaten to kill the life of God’s grace in our soul (the intrinsically evil issues), then we address the less lethal issues using a well formed conscience.  Dignity for human life… all life, young and old, big and small, from conception to a natural death… should be a fundamental guide by which we conduct ourselves in this life.  The moment we can look at the person across from us, and connivence ourselves they are not human, but, rather, a commodity for our personal use, it becomes too easy for us to rationalize our abuse of them.  To steal a line from Allen Hunt, “its not about right verses left… its about right verses wrong!” Too much is at stake for us to do nothing… let’s role up our sleeves, dive deep, form our consciences’ and vote this November! 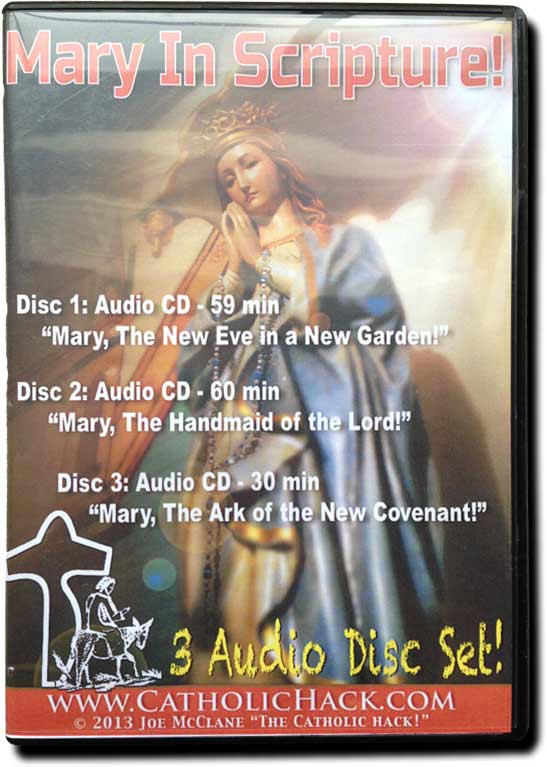 Fall in love with our Lord and Savior, Jesus Christ… by getting to know His mother! In this 3 disc audio CD […] 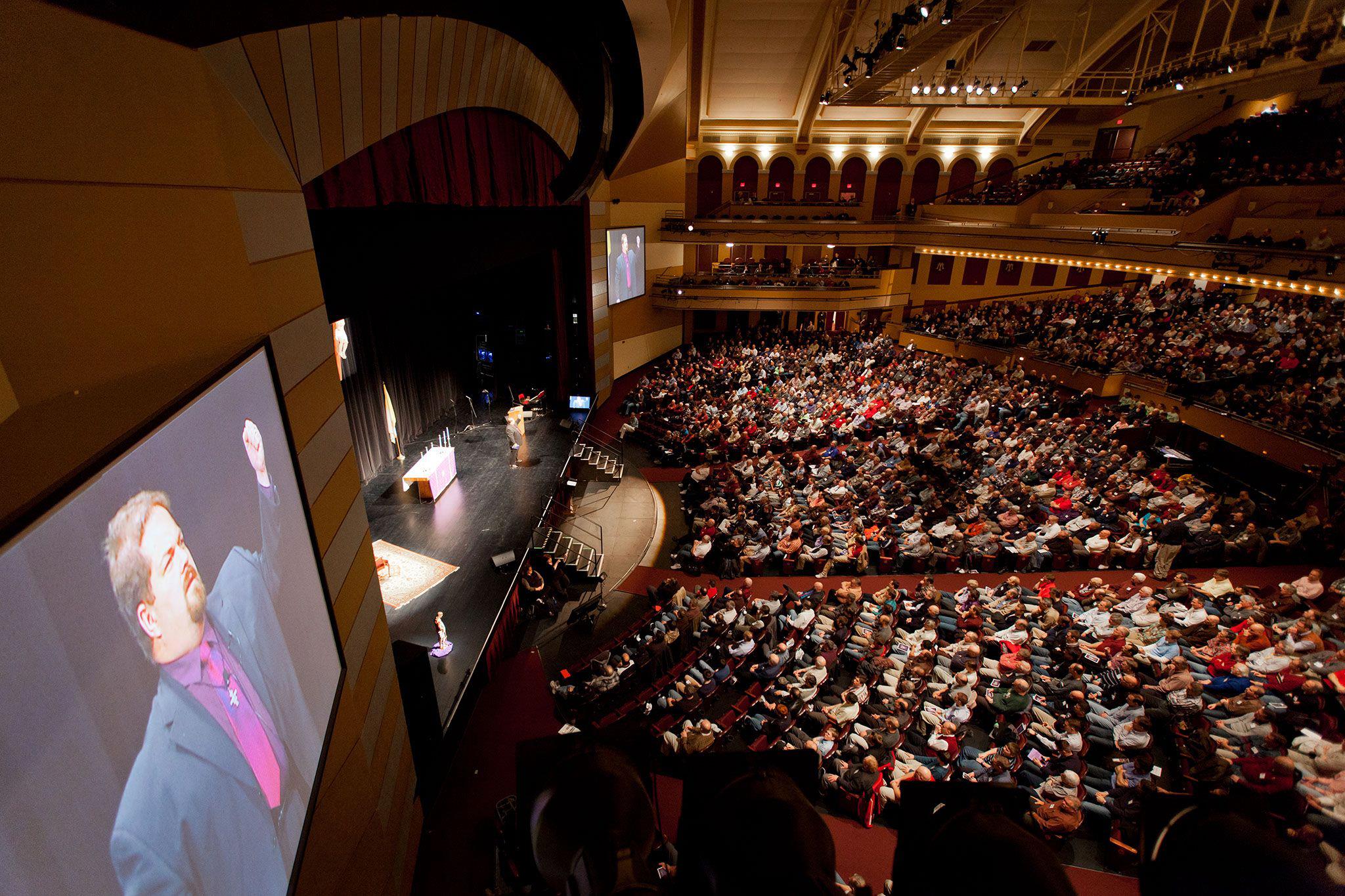 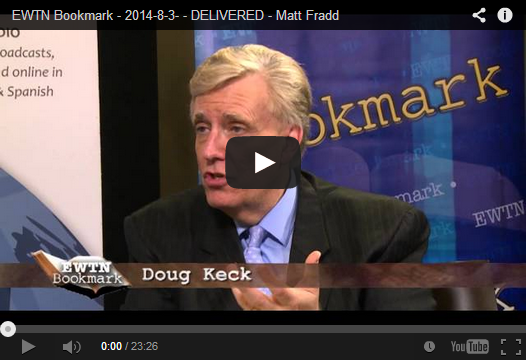 The book Delivered was on EWTN’s Bookmark with Doug Keck. It was cool to hear them discuss my journey from slavery to son-ship. 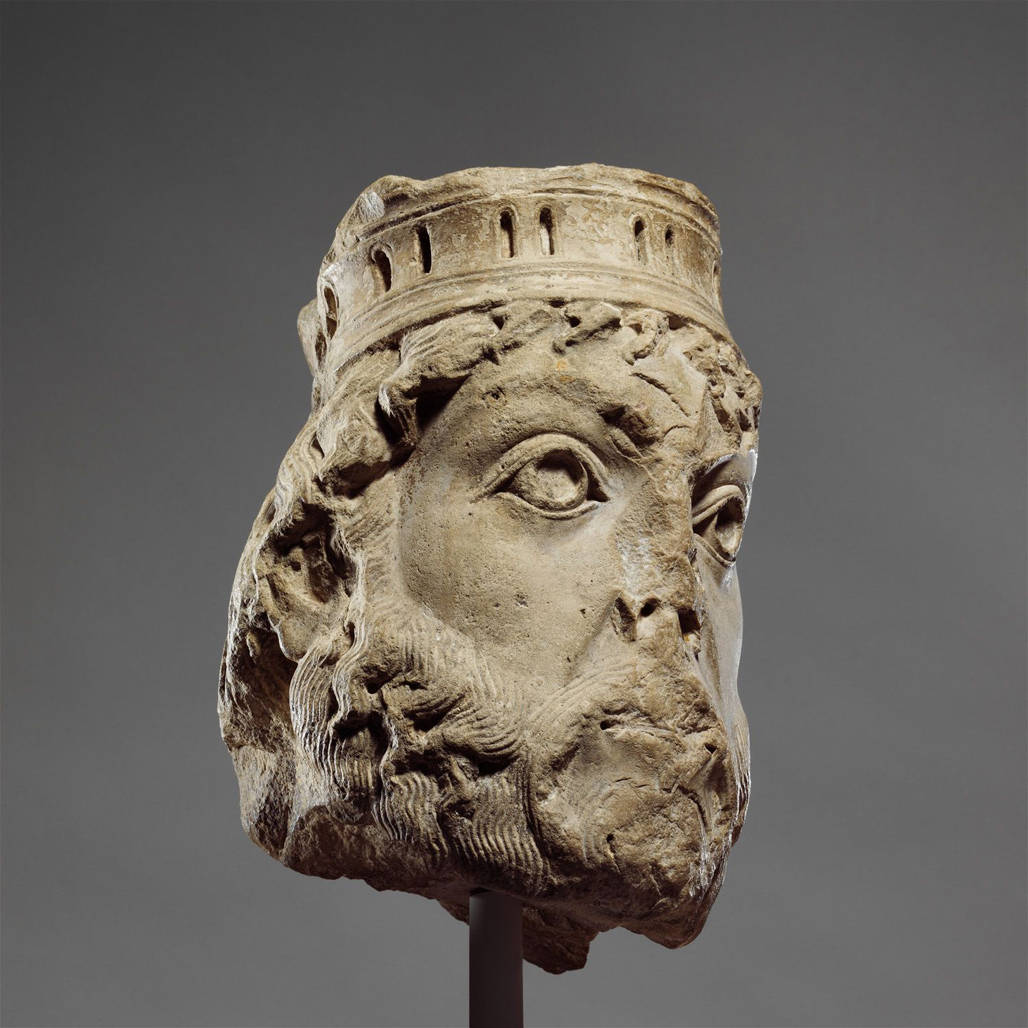