Skip to content
By Emily Stimpson : OSV post found HERE
They tap into men’s needs for moral guidance missing from today’s culture You could call the rapid growth in regional Catholic men’s conferences a trend. But that would be something of an understatement. You would be closer to the mark if you called it a movement.

Just look at the numbers.

According to the National Fellowship of Catholic Men (NFCM) , in 2001 there were 12 Catholic men’s conferences nationwide. Two years later, that number more than doubled. It doubled again in 2008. By next year, the group estimates there will be more than 60.

Some of those conferences are sponsored by dioceses. Many more are grassroots efforts. Most, on average, attract about 1,000 men (although some conferences boast numbers twice that size), and most offer attendees similar programs: talks, prayer time, confession and Mass. All address a common set of issues — sexual integrity, apologetics, conversion, spirituality — and all share the same goal: to renew and strengthen the faith of Catholic men.

Against all odds, many are succeeding.

According to the Catholic Men’s Fellowship of Pittsburgh’s co-founder Pat Molyneaux, the first men’s gathering in the diocese took place in 2006. That year, conference organizers expected to attract 1,000 men. Instead, 1,400 showed. There were 30 priests on hand to help with the Sacrament of Penance, but even that number wasn’t sufficient for the 1,000-plus men who lined up that day for confession. Hundreds had to go back to their seats before the closing Mass.

In the years since, attendance has climbed steadily (1,800 men participated in 2009), and, to avoid the problems of the first year, confession is now offered nearly all day, from 10 a.m. until the closing Mass at 4 p.m. At the most recent conference, Pittsburgh’s Bishop David Zubik heard confessions for six hours straight. Not surprisingly, he has become one of the gathering’s biggest champions.

That strength comes, in large part, from the more than 50 parish-based men’s groups that have formed in the wake of the conference. The groups gather weekly or biweekly to pray together, study the Scriptures and hold each other accountable. CMF also gathers the men quarterly for a diocesanwide morning of Eucharistic Adoration, and, in partnership with the NFCM, has launched a website (www.catholicmediaonline.org) that features hundreds of hours of talks from regional men’s conferences, as well as information about men’s spirituality and faith formation. The site averages 30,000 downloads a month.

The reason for the Pittsburgh gathering’s success, said Brad Tupi, who serves on the board of the CMF, is simple.

“Spirituality is part of our wiring,” he explained. “When we realize that happiness lies not in sex or money, but in God’s truth, it changes our lives. And that kind of happiness is contagious. When we see it in other men, we want to have it. The gatherings give men the opportunity to see what they usually don’t see in the culture.”

That also explains, at least in part, why the number of regional Catholic men’s conferences continues to climb.

“Men are feeling nervous right now,” said Joseph McClane, one of the organizers for the Catholic men’s conference in Houston. “Politics, the economy, being out of work, all those factors make a man feel vulnerable. They show us that we’re not in control like we thought we were.”

“In times of trouble,” he continued, “we turn back to what we once knew. When God hits us with a Mack truck, we turn back to faith. Men want to be inspired. They want to be led. And these conferences have become a place where they can find the inspiration and leadership they’re looking for.”

“Due to the deficiencies in catechesis in the ’70s and ’80s, there are a lot of men out there who feel ill-equipped to deal with the challenges our culture presents them with,” he said, adding that, in Indianapolis, the men leave not only with memories of the talks they’ve heard, but also with armloads of books.

“The conferences make them hungry to learn more and share more,” he explained.

Despite that hunger, the biggest obstacle for conference organizers in Indianapolis and elsewhere remains convincing men that it’s worth taking time out of their busy lives to fill that hunger. That’s especially true of men who have fallen away from the Church or who don’t always make it to Mass on Sunday — two key demographics most conferences attempt to reach.

Along with urging men and priests to “tap” other men, the Houston conference attempts to accommodate busy schedules by beginning at 7:30 a.m. on a Saturday and ending at 1:30 the same day. Conference organizers also encourage parishes to rent buses so that men can travel together to and from the conference.

“Time with other men, fellowship, that’s the selling point for a lot of guys,” he explained.

That’s a selling point that almost always pays off.

Explained Ogorek: “Once the guys are there, whether they came willingly or were cajoled into it, they see men just like them who have been moved by the power and beauty of the faith — that’s huge and powerful.”

And that’s also a selling point that many more men still need to hear.

“In this diocese alone there are hundreds of thousands of men who are slowly and steadily dying,” said McClane. “If we don’t reach them, who will?” 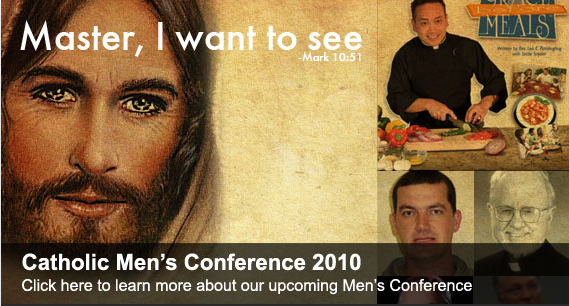 Yesterday, I was blessed to be given the opportunity to share my testimony to the Catholic Men of San Antonio at the […] 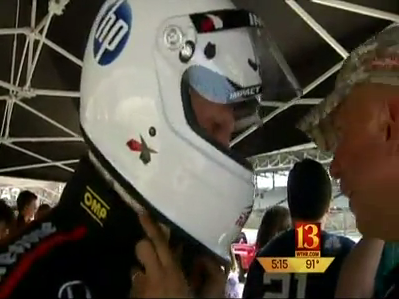 How awesome is this?  My Grandfather takes the dream lap in an Indy car thanks to my uncle!  I sure wish I […] 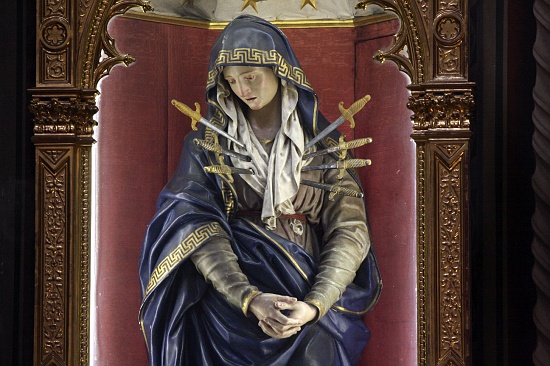 There is a pattern in scripture that repeats itself all throughout salvation history. One that I think will help shed some light upon the Mother of Jesus, serving as the “Handmaid of the Lord.” You may have noticed this before, especially if you have gone through the covenant mediators in salvation history. When a key figure commits grave sin, he allows that sin into his home and it always has devastating affects upon his family. Case in point… when Adam chose to save his skin, and forgo his and his brides souls’, by cowering to the threats of the ancient serpent and partaking in the forbidden fruit, he opened wide the door of destruction and allowed his sin in to wreck havoc upon his marriage, and his children (c.f. Gen.3).